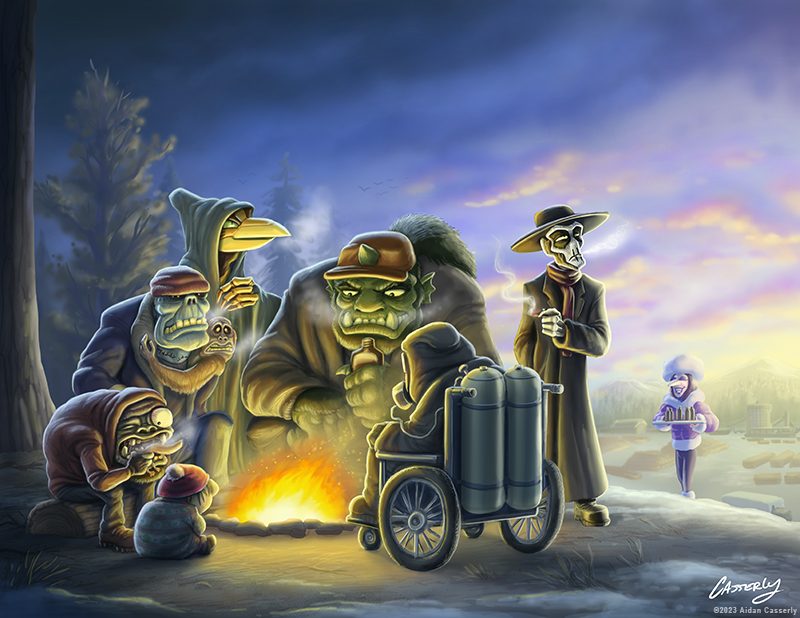 Starting off a new year and a new journey with this painting of Scapula and his creepy crew; a larger-size version of this artwork and a short story on the 'backside' are available as Patreon-exclusives. 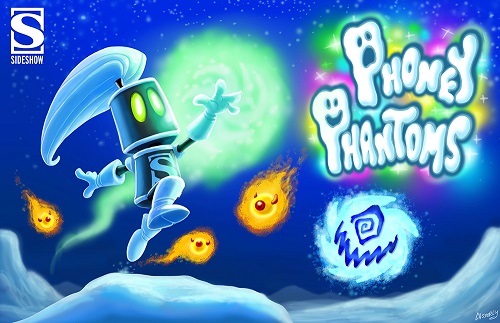 As of this writing, I'm still working for Sideshow, with a lot of fun projects going on: the new mobile game Phoney Phantoms just released its winter upgrade, with tons of new animations, characters, and artwork by yours truly. See if you can beat it and let your geek side show!

Here's a fun drawing video to keep you amused until then, showcasing how I draw a full monster battle while also rambling on like the eccentric fellow that I am. 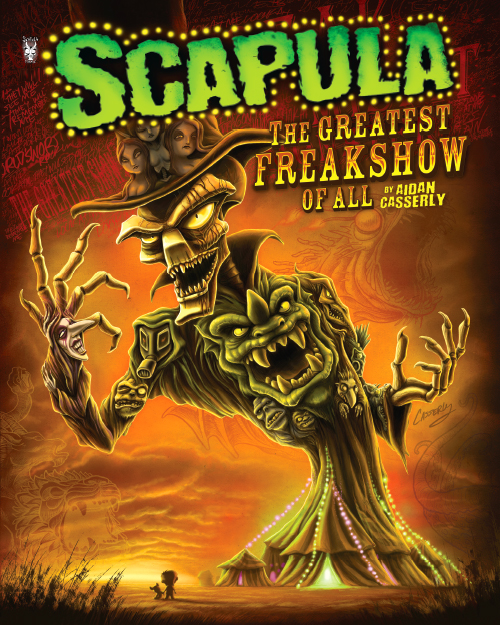 The grand finale and 15th anniversary of the Scapula series, this lavishly illustrated graphic novel tells the final tale of the World's Worst Villain and his monstrous gang. This book was made possible by a lot of truly wonderful supporters, an  thank you to everyone who helped make this book happen!

More news and projects are coming up this month, so I'll post them here when it's time. Thanks for joining me on the next phase of life's strange journeys!

SCAPULA is the World's Worst Villain....the 'worst' in every way! A frustrated grouch in a spooky skeleton costume, Scapula fights an ongoing battle to prove his worth as a supervillain. To do that he'll have to stake his claim in the underworld, competing with crazed creeps, monsters, gangsters, and other sick minds. The worst has only just begun!

Interested in commissioning my services for your custom project or hiring artists?